A Project inviting members to host their own Campfire Conversation events this summer, or to attend others' events.

With spring under way, our thoughts turn to outdoor activities and the campfire experience. We're heading out around the UK between late April and mid July in the build up to this year's Campfire Convention 00.UK event.

If you are up for hosting / organising a Campfire Conversation for this summer, have a read of the articles in this Project.

The gathering works best as a small, intimate afternoon or evening, preferably with an outdoor element (as we can then have a fire too), which can be a pub or arts centre, a back garden or a field. Ideal size I can range from 10-100 people and would involve discussion, debate, thinkshop, exhibition, ideas exchange and a knees-up element (live acoustic music or DJs) and a food / drink element, often communal cooking.

Lewes is fired up

The symbolic poignance of the location of our first Campfire Conversation in its own right (a stand alone discussion as opposed to a ‘bolt on’ for a club night or festival) was brought home to me when one of our 20 attendees pointed out that we were in the very upstairs room that Thomas Paine used for debating at The Headstrong Club when he lived in the town between 1768 and 1774. Paine went on to greater things, now being credited, if googled, with a legacy of "Founding Father of the United States” no less. From little acorns...

Amazingly the founder of the modern iteration of The Headstrong Club (launched in 1987,on the 250th anniversary of the birth of Thomas Paine), John May was in attendance at the Lewes Campfire Conversation, who was feeling "very nervous" about being back in a room "so full of ghosts". Paine has since become the poster boy of radical Lewes.

Around 20 turned up for an event that was very much a ‘pilot’ in terms of how we structure our meetings, due to go ‘on tour’ around the UK from late April and we heard from every attendee about their own reasons for attending Campfire, what their hopes and concerns were locally.

There was a strong sense that those there were passionate about community building and looking for ways that local groups and individuals can come together to bring about some fundamental changes through contact, conversation and collaboration. “I can’t do anything on my own. My genius ideas only have merit if you also want to do that” said Joe 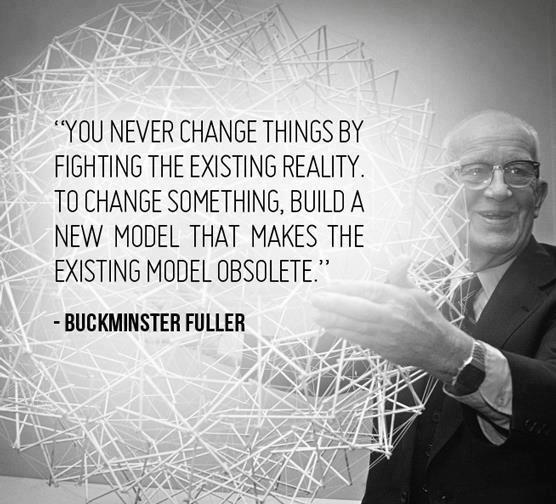 It is very much part of Campfire’s brief to work with, link to and promote similar organisations and to bring people living different lives together to harness the benefits of collaboration and building collective wisdom. And a move towards merging the practical and the spiritual. "We have to move quickly" says Hanna, who was also very inspired by being in the same room where Paine set off the American constitution. "We can do it"

Lewes was a great start. And a fantastic bunch of people, most of whom I'd never met before last night.

23/04/19
A Conversation with Steve Hillage and Miquette Giraudy

29/02/16
What are Campfire Conversation events?