Bugle | The strangest politics I can remember says Peston

The strangest politics I can remember says Peston

There is no ignoring the current confidence and strength or Labour, whether you are fan or foe.

I was at last year's Labour conference in Liverpool and saw a party in transition, almost split down the middle by Tom Watson's speech about the Blair / Brown years which seemed almost designed to up the ante. At the time, Labour was struggling with poor poll results and its future looked uncertain. Today, the party looks like a very different beast after a surprise result (for many) in June's general election. To all intents and purposes, it is a government in waiting, but needs more clarity on Brexit as events unfold and should also be aware of falling into the Kinnock trap of over-confidence, celebrating before victory.

What is clear is that the huge surge of two years ago around Corbyn's leadership contest has not only continued but morphed into something altogether more potent and more inclusive and this year's conference feels like a turning point. As Paul Mason says on Twitter today "I really advise my colleagues in the political press corps to listen to the conference. It's a breath of fresh air and reminds me of 1980" 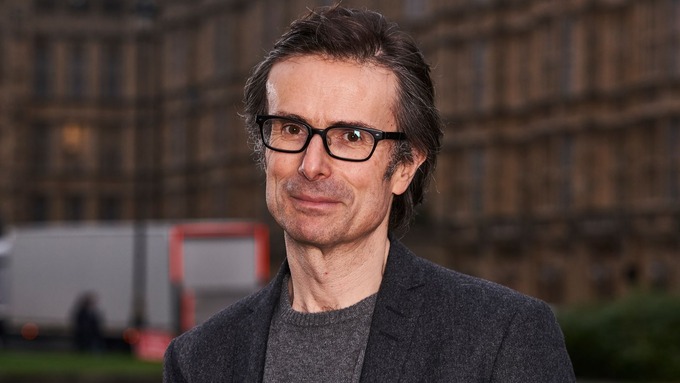 Here in Brighton, these are the strangest politics I can remember.

Errrr. Actually you did Cat.

But she's right in an emotional sense.

This is the most excited, most populous and nearly the most celebratory Labour conference any of us can remember. And it is now claiming to have a staggering 570,000 members.

By contrast the mood at the Tory conference in Manchester will be one of foreboding, trepidation and gloom.

The big and important points are that there has been a shift of power towards Labour in the country, and massively towards the Cobynista left within Labour itself.

As Diane Abbot also pointed out at the Labour Assembly Against Austerity, most of the eye-catching policies announced by the Tories in recent weeks, or being worked on, are in effect being bossed by Labour - from relaxation of the public-sector pay cap, to more housebuilding, to an easing of the debt burden on university students, and a shift away from the hardest of Brexits.

And what should be more concerning for the Tories are the considerable risks for them of doing a Labour lite: because Labour will take every single one of these Tory plans and try to force them to do more and more expensively.

In the process, Labour will get the popular credit, and will expose the splits in the Tory party - because there is a distinct limit to the pragmatism of the more right-wing and fiscally conservative Conservatives.

Labour will even do this on Brexit (it was striking and important that John McDonnell said on Peston on Sunday that Labour is not "at the moment" signed up to staying members of the single market in perpetuity - which reinforces my view that the party is on a journey to that destination).

So the Tories current strategy - of getting through Brexit over the next 18 months before changing leader and rebooting ideas - brings the risk of significant further falls in its popularity, which could prove irreversible (as it did in the mid 1990s).

And what is striking is how united Labour appears, not because Corbyn's critics have disappeared or completely gone quiet. It is just that the left is now so overwhelmingly in charge of the party that the Blairites or centrists (or whatever term of abuse is applied to them these days) seem utterly irrelevant.

Labour's leadership has prevented what it sees as a premature vote on Brexit policy off the conference floor - because this might have exposed the still-important fault-line within the party over how far and fast to move towards rejecting Brexit.

The left will have confirmation this week that any successor to Jeremy Corbyn will be of their ilk, when a motion is passed to reduce the threshold from 15% to 10% for the number of MPs' votes needed to get on the leadership ballot paper (the difficulty for the left is getting backing from MPs, not from the members who ultimately chose the leader).

And shadow cabinet members from Corbyn down are even following more conventional rules about what they say in relation to contentious issues: McDonnell refused my invitation to support illegal public sector pay strikes on my show yesterday, for example.

The extreme and most hilarious version of the call to discipline yesterday came from the firebrand Corbynista MP Chris Williamson - who angrily rejected the portrayal of Corbyn as pathologically disloyal to Labour in his many decades on the backbenches, and said that Corbyn's refusal to vote with his colleagues simply showed his innate loyalty to the true spirit of the party and its genuine supporters!

There is no ignoring the current confidence and strength or Labour, whether you are fan or foe.

That said, it is not invincible.

Having been a great admirer of the recruiting and proselytising prowess of its Corbyn-supporting Momentum movement, I was amazed at the platitudes uttered by its supposed experts at a meeting last night on how they can consolidate Labour's progress and move to victory.

I'd expected Bismarckian pearls. What I heard was touchy feely "we've all got to be nice and open with each other".

Labour is up, but not a shoo-in. The Tories are down, but not quite out.

A date with destiny Chris Waters

Questioning the notion that we live in a democracy George Monbiot

What is freedom? Jason Hine

Welcome to the E-cosystem Victoria Wheeler

The ego of activism Pete Lawrence

The power of the heart Scilla Elworthy